Tim Tebow Has A Halo Over Denver Stadium?

Are You Serious? Theologian Paul Begley of Indiana just wonders “Is God using Tebow for a sign of his grace and salvation?”

From the Huffington Post: “Let’s all try to be calm and rational about this. In addition to Tim Tebow throwing 316 yards in the Broncos’ upset over the Steel…

Ron Paul’s mobbing by the corporate media today in New Hampshire on the eve of the primary. Paul was unable to talk with voters due to the media’s turning th… 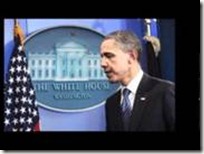 Information about Obama’s hidden past is finally coming out due to the diligent research of www.citizens4freedom.com and Donald Trump’s investigation into Ob… 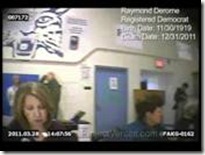 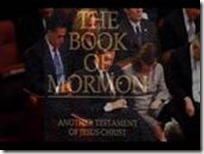 ALERT! The Strange Teachings of Mitt Romney’s Faith – THE TRUTH

It Begins! India Is First Country To Start Nationwide Biometric ID Program For Every Citizen

India has launched a nationwide program involving the allocation of a Unique Identification Number (UID) to every single one of its 1.2 billion residents. Each of the numbers will be tied to the biometric data of the recipient using three different forms of information – fingerprints, iris scans, an…

India has launched an ambitious program to fit each of its 1.2 billion residents with an Unique identification number (UID). Each number will be tied into three pieces of biometric data: fingerprints (all ten digits), iris scans (both eyes), and a picture of the face. Starting this month, the Unique…

URGENT: A new bill before Congress proposes authority to strip any American of their citizenship – and God-given rights – if they are merely suspected of a hostile attitude toward the state.

House Judiciary Committee uncovers that head of the Department of Homeland Security – Janet Napolitano – has given top secret security clearance to members of the Muslim Brotherhood. And not only does she appear largely uninformed, she looks like she doesn’t really care.

‘It’s a Joke’ for Romney to Call Himself a Conservative, Gingrich Says

President Obama is putting plans in motion to give the Commerce Department authority to create an Internet ID for all Americans, a White House official told CNET.com. 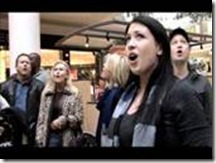 Journey of Faith performed a Christmas “Flash Mob” at the South Bay Galleria in Redondo Beach on December 18, much to the delight of local shoppers. Thanks t…

It’s absolutely shocking news: The U.S. Department of Agriculture has publicly admitted it is responsible for the mass poisoning of tens of millions of birdsover the last several years. It’s all part of the USDA’s program called “Bye Bye Blackbird,” and we even have the USDA’s spreadsheet where they… 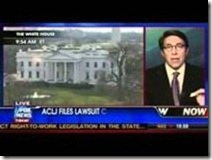 Jay Sekulow talks to Fox News’ Martha MacCallum about President Obama’s “recess appointments” and the constitutional crisis he has created with his actions. 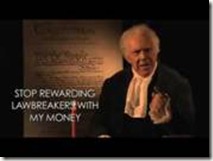 OBAMA CALLS PATRIOT TO WH BECAUSE HIS MESSAGE DISTURBS BHO

This is the wildest. Remember the video I ran of that great patriot telling folks to protect the constitution and take back America? Obama calls this disturb…

Jan opens with a review of the NASA firing of a Christian, David Coppedge. Our tax dollars are being used for discrimination! What can be done? The law firm defending the Christian brings the update which was introduced on air by us last March. Th… Click “Share” below to spread this message!

Evolution News and Views (ENV) provides original reporting and analysis about the debate over intelligent design and evolution.

Americans Cheer As Obama Declares He Wants to Bypass Congress